Keeping forensic evidence organized and secure near the ER.

The term “chain of custody” refers to the detailed documentation of evidence collection and handling. Maintaining a secure chain of custody is of vital importance because a criminal case can be disrupted by questions about the integrity of evidence. That’s why, when crime victims present at emergency rooms or other health care facilities, staff must be ready and able to collect evidence, document it, and store it — and that’s where hospital evidence lockers come in.

Soon after construction was completed at the Milwaukee-area facility pictured here, the Sexual Assault Nurse Examiner (SANE) supervisor claimed a lockable storage closet near the emergency room as a convenient and secure place to locate necessities for her staff: Spacesaver hospital evidence storage lockers, a mobile cart used for exams and evidence collection, and other supplies. She and other specially trained SANE nurses are the only staff who have keys to the storage closet and the evidence lockers.

When caring for sexual assault victims, SANE nurses use state-supplied kits to collect evidence and package it for storage and analysis. They place blood samples in a refrigerated evidence locker compartment, while swabs are dried and placed in cardboard boxes and stored in non-refrigerated compartments. If clothing should be preserved as evidence, nurses bag it and place it in a compartment with the associated kit.

Victims of other violent crimes are typically accompanied by police officers, who take direct possession of evidence at the hospital. 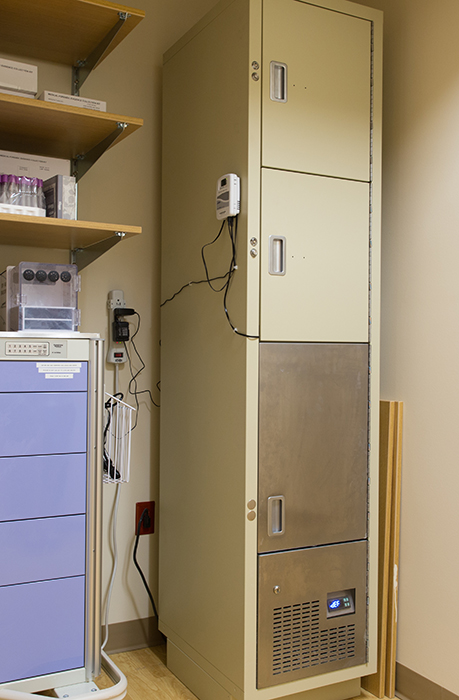 Download a copy of our Evidence Locker Front Door Configurations for space specifics. 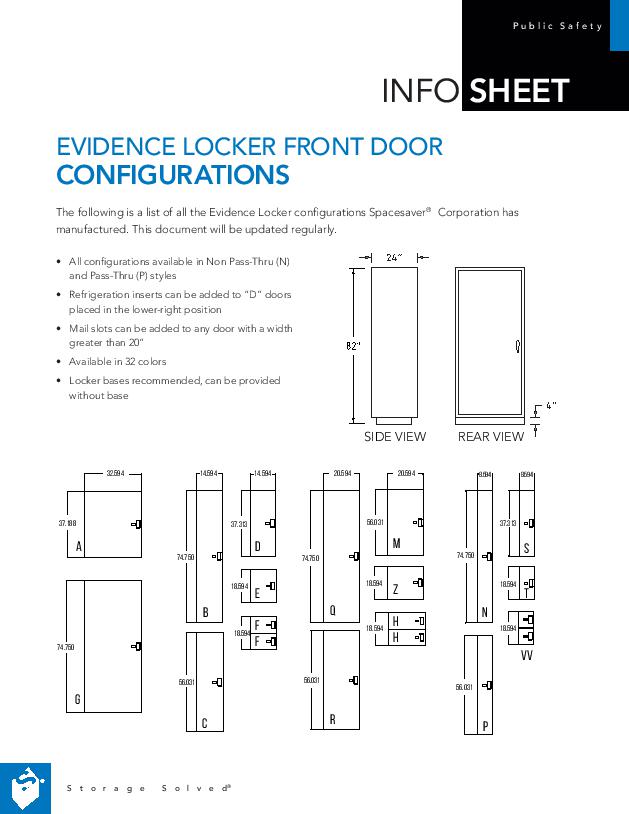