The Free Library of Philadelphia’s Parkway Central location is the library system’s hub and a striking example of Beaux Arts architecture. The building opened in 1927 and originally featured reading rooms and other public spaces along with restricted areas that included administrative offices, mechanical rooms, and an enormous four-story room that stored approximately one million books on six tiers of stacks. 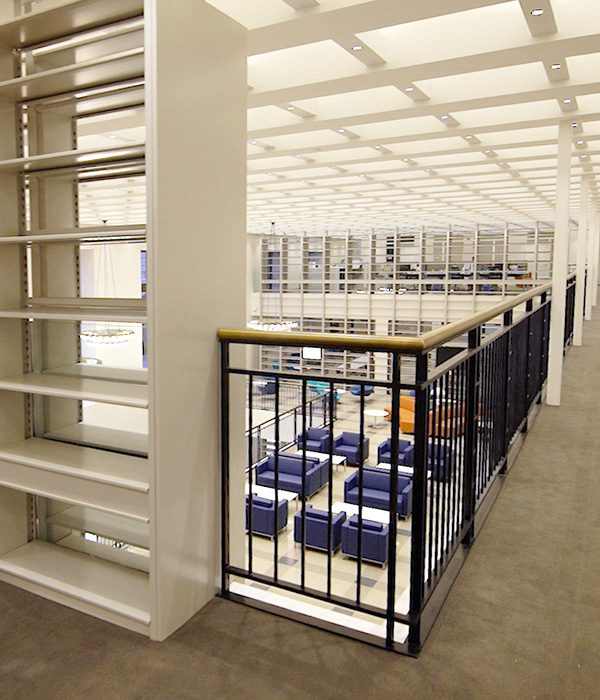 Despite the building’s large size, only a third of its space was open to the public. The need for an addition or expansion became evident in the 1960s, but efforts to add on to the historic structure repeatedly ended in disappointment. In 2006 the library’s leadership began exploring ways to repurpose space within the existing building, rather than pursuing an expansion.

The primary goal was to create more public spaces that would help bridge the city’s “digital divide,” the growing gap between residents who had convenient, affordable internet access and those who did not. Providing powerful wifi access, meeting spaces, and other resources would create more opportunities for the city’s residents. The library’s leadership hoped to accomplish these goals without expanding the building’s footprint.

“We really began looking at the possibilities: What was the potential for this building to give more?”

– Siobhan Reardon, President and Director of the Free Library of Philadelphia

The architect wanted the new public space to evoke memories of the books that had been stored there before. 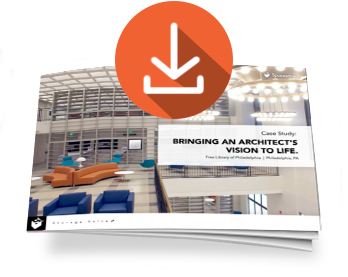 Wanting to preserve the library’s existing public areas, the library’s leadership team hired architect Moshe Safdie to create a modern library design that would replace the bookstacks area. Safdie and his team proposed removing the six tiers of stacks, relocating the books, and repurposing the space.

In place of the stacks, Safdie proposed “The Common,” a large community gathering space, along with a teen area and a business and career center. These areas would feature powerful wifi access and be designed with connectivity and collaboration in mind.

Anchoring the new two-story Common are two soaring steel “bookshelves” designed to pay homage to the stacks that had previously occupied the space. 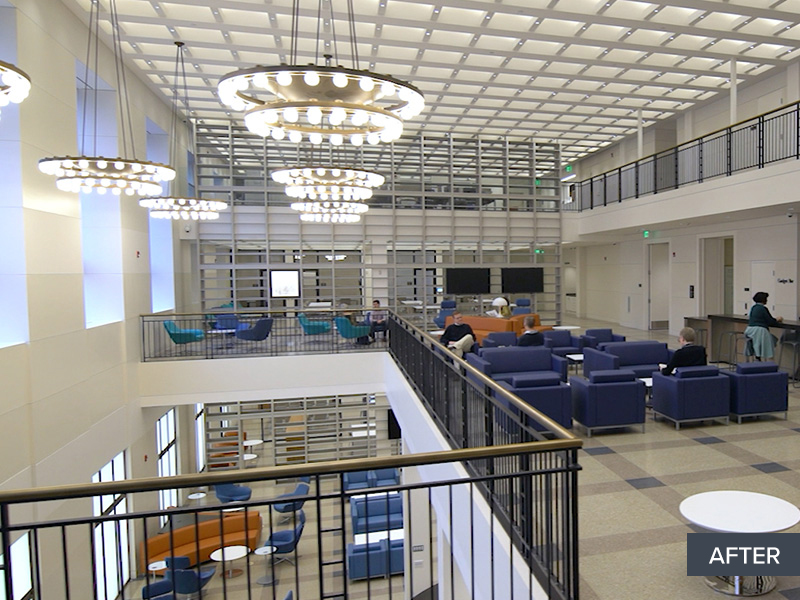 Tackling an extensive renovation in a beloved historic building is no easy task. For five years, the local Spacesaver consultant worked with library staff and the architectural team to bring the architect’s vision to life. His services were backed up by Spacesaver’s world-class engineering and manufacturing expertise.

“We wanted to give more space back to the public, and it all started with trying to figure out how to move a million books.” The first step was to figure out how to store nearly one million books while also keeping them accessible. Spacesaver provided shelving for the library’s offsite location, creating a solution that allowed staff to promptly retrieve and replace volumes on request.

In an effort to keep as many volumes on site as possible, the local Spacesaver consultant designed three high-density shelving systems in the library’s lower level. The systems were custom manufactured to fit around structural columns and varying ceiling heights to create a solution that makes optimal use of the available space.

The “bookshelves” or art walls in The Common presented a number of creative challenges for Spacesaver’s engineers. Working from conceptual drawings, they figured out how to integrate monitors and glass panels into the shelving, and they designed shelves that fit around structural columns and appear to extend through the ceiling. An in-house project manager scheduled weekly calls with the local sales representative, the engineering team, the general contractor, and the architecture team to ensure that all aspects of the project were proceeding as planned. Several months before the installation date, the Spacesaver team provided a prototype ahead of time to ensure a perfect fit.

The end result is an inspiring space that invites all city residents to learn, collaborate, and explore new opportunities. Transforming Libraries for the 21st Century