Keeping evidence organized and secure at an offsite evidence warehouse

The Tucson Police Department’s Evidence Property Identification Center is a state-of-the-art facility designed to securely store evidence and property. With temporary storage as well as long-term storage for large evidence, biological evidence, drugs, weapons, and valuables, the facility preserves the chain of custody and provides peace of mind to the police department and the community.

Successful evidence management encompasses three requirements, according to Nancy McKay-Hills, the department’s evidence superintendent. It requires the right storage space, the right staffing, and the right tracking system. When she inherited a department that did not have the right balance of any of these components, she started chipping away at each of the issues, tackling the tracking problem first.

When the police department acquired funding for a new evidence storage facility, McKay-Hills jumped at the chance to purchase a warehouse on the city’s outskirts. Spacesaver and a packaging manufacturer were the first vendors that McKay-Hills called in, and the Spacesaver consultant helped design systems that would save space and preserve the chain of custody.

“That’s what made it such a success: Getting Spacesaver in at the beginning, when the architects were still planning. If you wait until you start building to get everyone talking, it’s too late.”

Spacesaver products are used throughout the building to save space and keep evidence organized and secure:

The building is a model for best practices in evidence storage, and McKay-Hills said that Spacesaver’s early involvement played a big part of the facility’s design. “That’s what made it such a success: Getting Spacesaver in at the beginning, when the architects were still planning,” she said. “If you wait until you start building to get everyone talking, it’s too late.”

Don’t let a disorganized evidence room be the reason a criminal goes free. Download our Evidence Storage Brochure to learn how you can safely and securely maintain the chain of custody for your evidence. 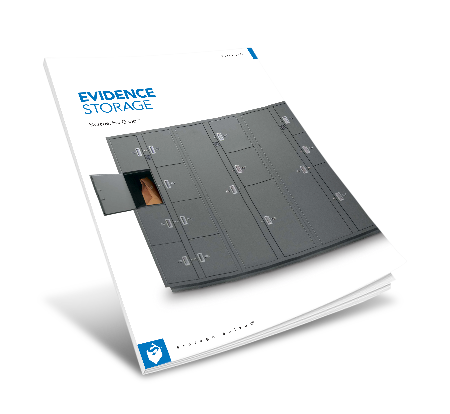 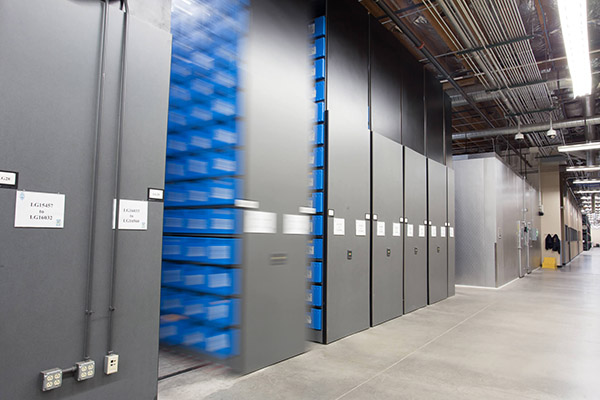