Bensalem Township was founded in 1692, which makes it almost as old as the state it resides in—Pennsylvania, which was founded in 1682. The township borders the northeast section of Philadelphia, and is the ninth-largest municipality in the state.

The population of the township has been growing—a fact that directly impacts the activities and environment of the Bensalem Police Department. With over 100 officers and the distinction of being one of the most prestigious departments in the region, the department found itself in need of a major expansion a year and a half ago. Many aspects of their current facility were lacking – including adequate locker rooms, a system for record retention, temporary evidence storage and long-term evidence storage, and space for tactical and spare duty weapons. 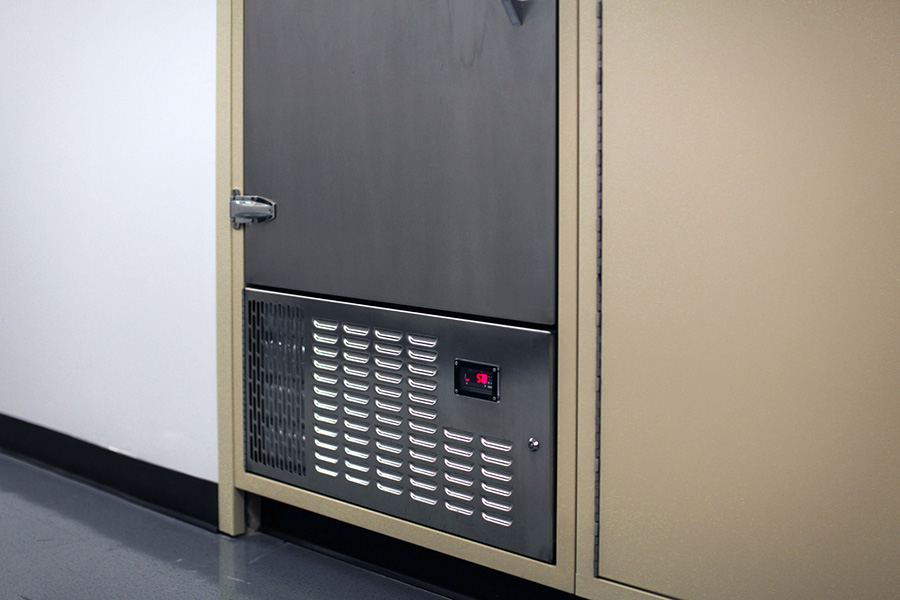 In addition to the time savings and financial savings, the Spacesaver systems have also served as morale boosters for the department. “When people come in and have better equipment to work with, they work harder and happier,” Harran says. “I couldn’t have asked for a better result.” For details about our evidence storage solutions download a free copy of our product brochure. “It was basically a disaster,” Frederick Harran, Bensalem’s Director of Public Safety, says of the department’s facilities before the expansion. “Now, I don’t know if things could be any better.”

Part of the reason for the improvement? An all-encompassing storage solution tailored to the department, which includes Spacesaver personal storage lockers in Bensalem’s locker room, evidence lockers to aid in both temporary evidence storage and refrigerated evidence storage, an enhanced records area, and more.

Bensalem’s new evidence storage, in particular, has been a huge help—not only in terms of safety and protecting the chain of custody, but in terms of time savings. “Our evidence is moved with your index finger,” Harran says. “Being able to turn the unit and get our evidence out quickly and safely for the workers that are in that part of the township has been a huge savings—and we’ve been able to use it with refrigerated evidence storage as well.