School lockers and converted jail cells—before the DeKalb Police Department moved into its new building in the fall of 2013, that was the short- and long-term evidence preservation system, respectively. “Anyone with a building key could get into our space, which wasn’t ideal,” says DeKalb PD Commander Jason Leverton. “We had no dedicated area for evidence intake or processing.”

Well, there was a small makeshift space—in the department’s Booking area. “You’d potentially be processing your evidence while a prisoner was sitting right there,” Leverton says. “The flow of the building—and this space in particular—wasn’t the best.”

A new police department turned out to be about a decade in the making, with several presentations to City Council, but one thing remained consistent throughout—the need for a better evidence storage solution. However, the department wasn’t sure what “better” meant—at least for them

To gain more insight, Leverton and his team toured departments that were relative to DeKalb’s population of 45,000—Hanover Park and Wheeling, Illinois—and found that one of the most important things to them was having evidence processing in close proximity to where officers parked their squad cars. “We wanted processing evidence to be the first thing an officer did when he or she returned from a crime scene,” Leverton says.

It was also important that the evidence preservation system worked in tandem with the open layout of the new police department. “The architect for the project fulfilled our vision of having a space where the rooms had a better flow, and the evidence processing area was no exception,” Leverton says. “We needed the room to serve its purpose, but we also didn’t want the everything in it to look completely utilitarian.”

Don’t let a disorganized evidence room be the reason a criminal goes free. Download our Evidence Storage Brochure to learn how you can safely and securely maintain the chain of custody for your evidence. 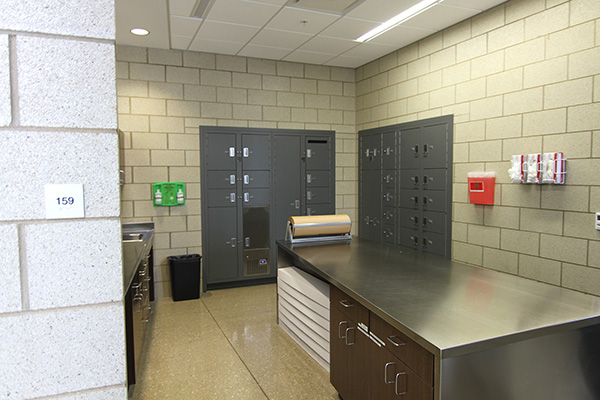 On the long-term evidence side, the department was looking to migrate to a barcode tracking system, and knew that they needed a way to compact the evidence they already had while planning for 20 or 30 years of growth—and at the same time, make the constantly rotating evidence organized and easy to find.

The department’s planning staff relayed these concerns to Bradford Systems, the local authorized Spacesaver distributor, when they visited for a space assessment. “They came in and looked at our old facility—and then worked to understand how we processed evidence, how many cubic feet of evidence we were taking in per month, and roughly how much evidence per case,” Leverton says.

To compliment the easier flow of traffic when it came to evidence processing, two banks of pass-thru short-term evidence lockers were installed in a variety of different sizes, including one that looked similar to a mail slot for smaller evidence. One of the locker banks held a refrigerated evidence locker, specifically sized for medical and sexual assault kits.

The additional bank included several lockers outfitted with Digilocks. If an officer was processing evidence and was interrupted by a call back out into the field, he or she could temporarily store the evidence, key in a code specific to them, and know it was being held securely until they could come back, process it completely, and then leave it in one of the pass-thru lockers for the evidence technician to store. In both cases, the heavy-duty stainless steel lockers blended perfectly with the aesthetics of the evidence processing space. The Digilock lockers are also used to return property to officers going to court. “We wanted processing evidence to be the first thing an officer did when he or she returned from a crime scene,” “It’s a big improvement,” says Leverton. “Officers have to run out all the time, and it’s great to know they can pick up where they left off without having to compromise evidence integrity.”

On the other side of the wall, the evidence is retrieved by the DeKalb’s evidence technician, logged, and placed on a high-density mobile storage system with shelving that is appropriately sized to fit the types of evidence storage bins being used. Working in tandem with the barcode evidence tracking the department is in the process of implementing, the compact storage assists with organization, but it’s also helping them plan for the future. “We would never have been able to take the next step with the barcoding system we’re implementing, and we certainly wouldn’t have been able to plan for more evidence.”

Another benefit of the long-term evidence system was something Leverton hadn’t thought of. “Our evidence technician is a retired lieutenant, and he knows where everything is in our old system,” he says. “We always joked—well, half joking—when he left us, we wouldn’t know where anything was. With the compact shelving and the organization it’s afforded us, we don’t have to worry about losing that legacy knowledge. Anyone is able to find something now.”

One other worry has also been alleviated—the chain of custody for his evidence. Evidence preservation is so much more efficient—less walking around to individual rooms and therefore, less footwork,” he says. “And, it much more secure, as well. We’re doing things right now.” 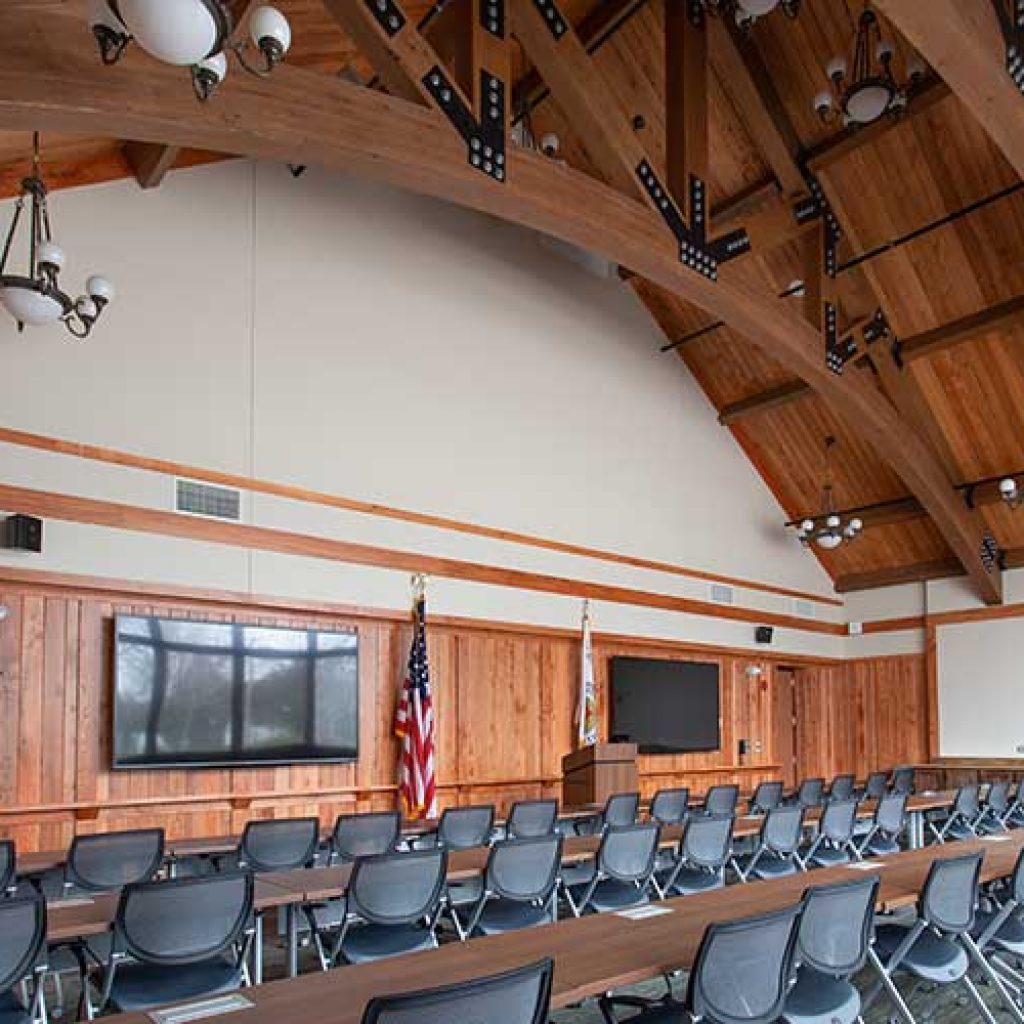