In rethinking the storage for a major expansion, Bensalem gets an added benefit they weren’t expecting—help with best practices for their department’s accreditation.

When asked about the challenges that he and his department faced when they moved into their new building in Fall 2011, Bensalem Police Department’s Director of Public Safety Frederick Harran quickly summed it up in one sentence: “Storage here was a nightmare.”

“Prior to the expansion, we had a lot of problems,” Harran says, “And then we added 20 officers to the force around the time of the expansion, which increased the size of our department by approximately 25 percent, and then we had even more problems.”

Harran goes on to explain that stuff was piled everywhere—even in hallways—and when that stuff was actually organized in particular way, there was so much of it that the old storage systems weren’t able to handle the weight, particularly in the way of evidence.

Those problems created frustrations and a decrease in department morale, even with a new building—and Harran knew that something had to give. And, as Bensalem borders the northeast section of Philadelphia and is the ninth-largest municipality in the state, the population of the township was continuously increasing. This population increase could only result in one thing—an increase in evidence as well.

The number of sworn officers in the Bensalem Township Police Department. The total number of staff members is over 150, and Bensalem is in the Top 15 largest police departments in the state of Pennsylvania.

One of Bensalem’s primary concerns was their evidence storage, and having worked with Spacesaver previously to install temporary evidence storage lockers in their previous location, they reached out to see if a more comprehensive solution could be found. Diversified Storage Solutions (DSSI), the authorized distributor in the Philadelphia area, “did a total assessment with us,” Harran says. “They came in and were really able to tell us what would work the best within the space.” 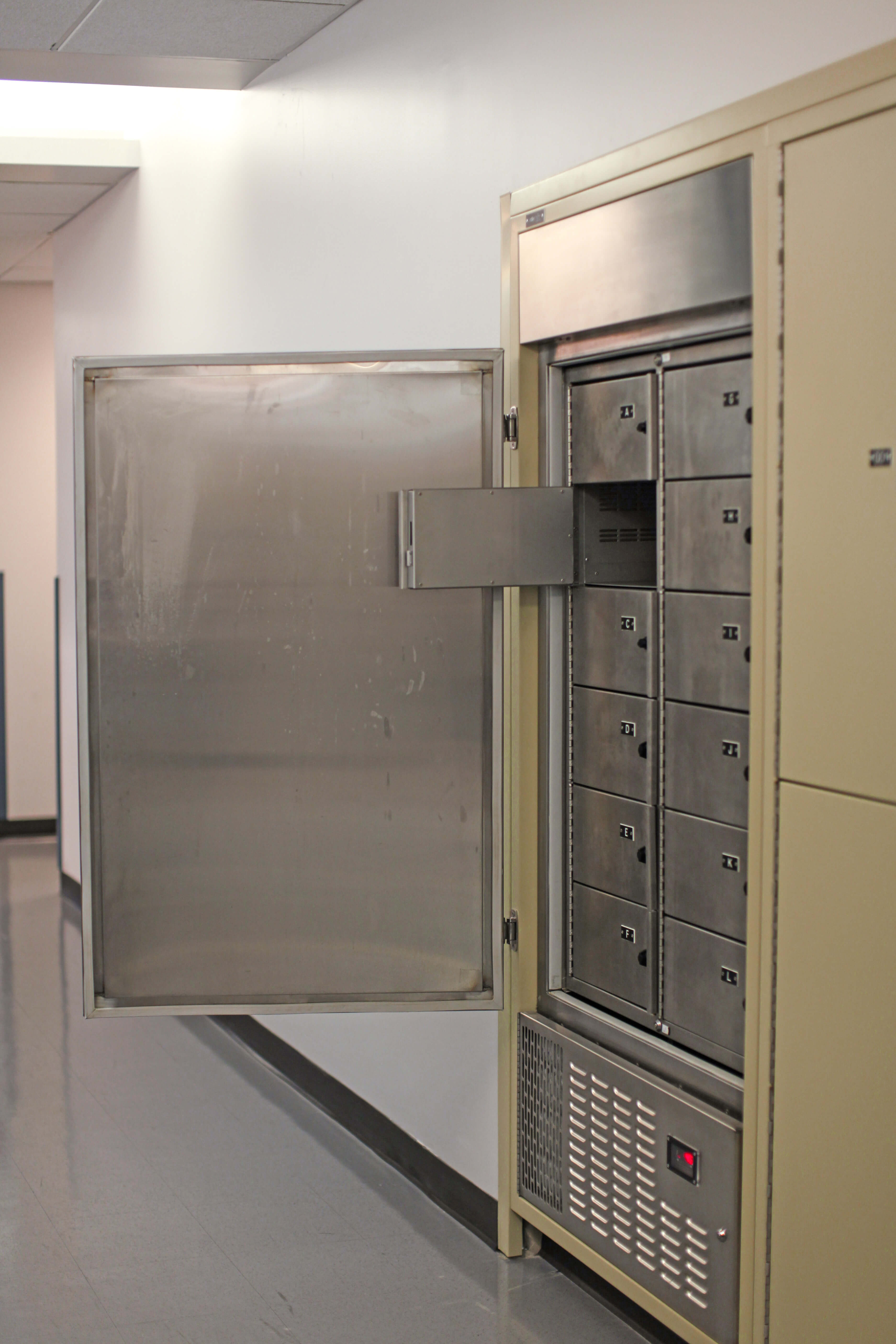 Bensalem’s department utilizes a pass-thru evidence locker, which means an officer never has to go into the evidence room. “The officers are in a hallway, and they can simply put the evidence through a secure locker,” Harran says. “The evidence stays secure, and no one can touch it but the evidence custodian.”

With a variety of locker openings and sizes, the evidence storage lockers are configured to store everything from a recovered wallet to large items such as stereo systems and televisions. In addition to the pass-thru lockers, the bank also includes a refrigerated locker with compartments for medical kits and biological evidence. 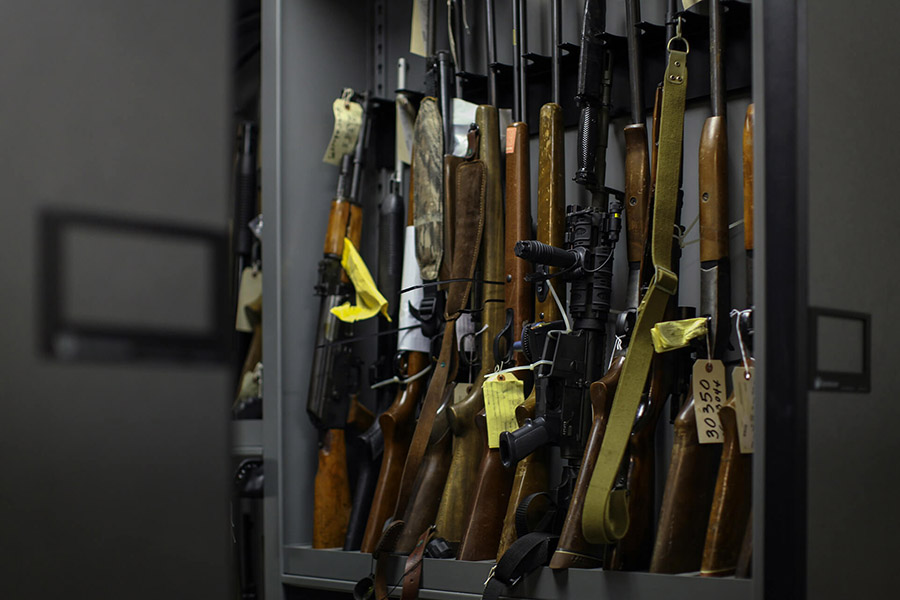 “I like to say that our evidence can be moved with your index finger,” Harran says. “Being able to turn the unit and get the evidence out quickly and safely for the workers in that part of the township has been a huge time savings for us.” As the lockers are built into the wall, the evidence custodian is able to retrieve the items on the other side of the wall and continue with the tagging and organization of the items in their long-term evidence storage space.

The chain of custody is maintained throughout, and Bensalem’s worry about lost or misplaced evidence is non-existent. “We’re able to retrieve the evidence so much more quickly now, and the officer in charge of our property room is able to keep a more watchful eye on things.”

“When people come in and they have better equipment to work with, that honestly helps them on the streets. They work a little harder and a little happier—and that translates into doing good work for the public.”

Another area that needed tremendous work was Bensalem’s men’s and women’s locker rooms. “The lockers we had in those rooms were 20 years old—and certainly couldn’t hold all of the modern items we were asking our officers to store,” Harran says. “Equipment was lying around, and officers had to keep valuable equipment inside their cars. We just didn’t have the room.” Increasing the number of officers within the department only made the locker rooms even tighter on storage. 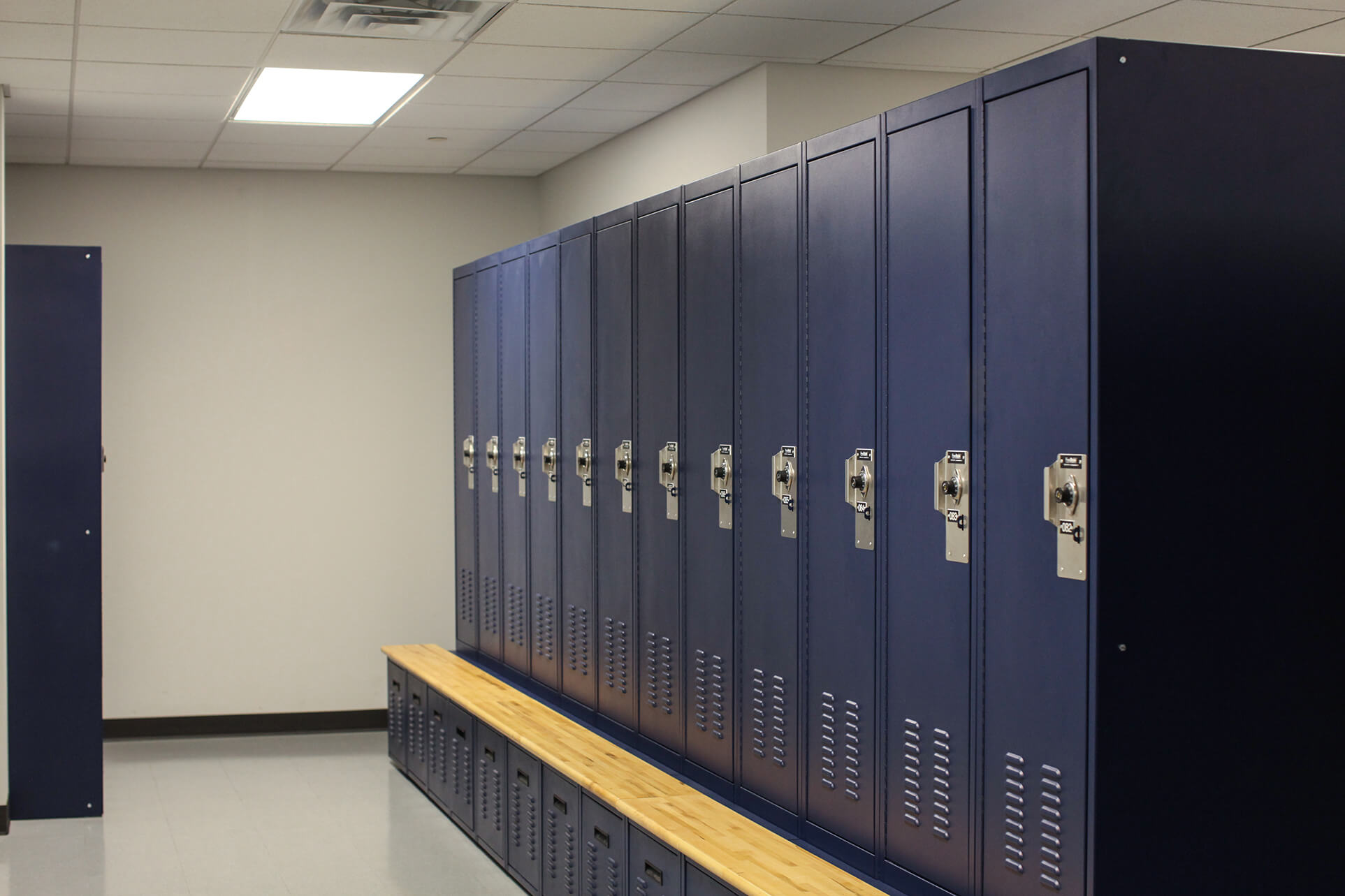 The year the Bensalem Police Department was established. At that time, the township had a population of 11,500 residents. Now, the department serves over 60,000 residents and an estimated quarter of a million people during business hours each year. Harran’s goal for locker storage was simple—for the officers to be able to keep all of their relevant gear in one spot, and for those officers to be able to configure that locker however they wished. Listening to those requests, DSSI worked with the department to install over 60 FreeStyle Personal Storage Lockers, each with a drying rack for body armor and a drawer tray for boot and shoe storage. In addition, the lockers have strong, durable doors, garment hangers, integrated electrical outlets so that officers are able to charge radios, phones, and other gear. And, as seating was at a premium in the small lockers rooms, the locker banks are equipped with sturdy breadboard benches.

While it may not seem like something as simple as secure storage lockers could contribute to an increase in a police department’s morale, Harran is quick to say that’s exactly what the FreeStyle lockers have done. “The officers really appreciate the space,” Harran says. “When people come in and they have better equipment to work with, that honestly helps them on the streets. They work a little harder and a little happier—and that translates into doing good work for the public.”

Records Storage No Longer “A Disaster”

In addition to the evidence storage lockers and the locker rooms, Harran had another headache. “Our files and records, which should have been the most secure possessions that we had, were basically a disaster,” he says. “Maintaining the confidentiality and security of those files were of great importance, but it certainly wasn’t being done with our old storage system, which couldn’t even handle the weight of the files we had onsite.”

Boxes of files were also residing in the hallways of the old building, leading to a less than ideal work environment for Harran’s employees. “We actually had people going out on worker’s compensation because our old records storage system was hard to move and people were getting hurt,” he says. 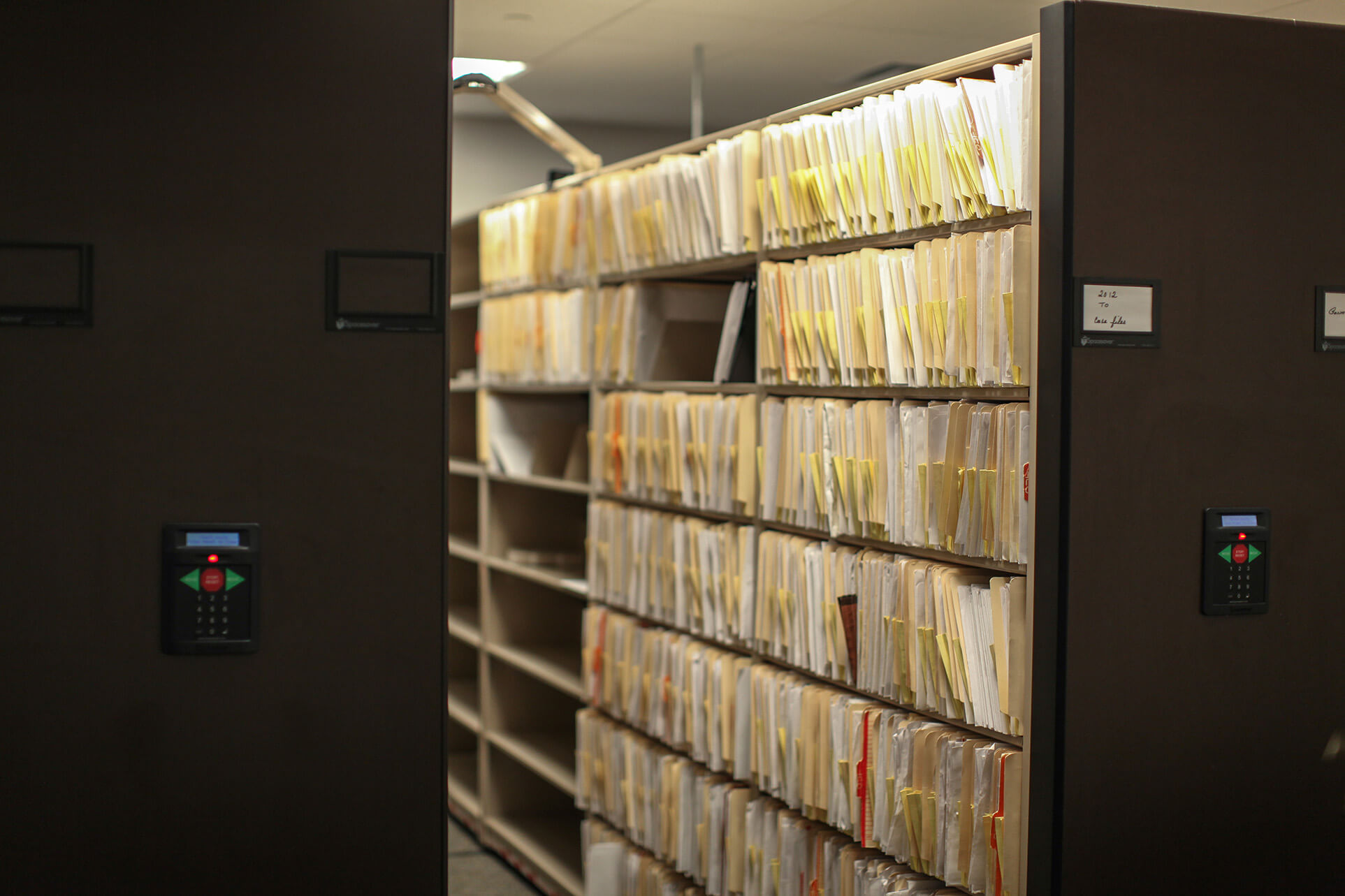 “We’re able to retrieve the evidence so much more quickly now, and the officer in charge of our property room is able to keep a more watchful eye on things.” To assist Bensalem in making sure this issue didn’t keep reoccurring, a high-density mobile storage system was installed in the records storage area to compact the overflow of files into an organized storage space within the same footprint. The system is powered by a push of a button, making worker compensation claims a thing of the past. The powered system was also outfitted with a touchpad control, making it easy limit file access to a specific group of people.

A Hidden Benefit – Helping with Accreditation

One of the added results of Bensalem’s new evidence storage lockers is how it has helped with the department’s state and CALEA accreditation process. “We’re right in line with the accreditation standards for our evidence,” Harran says. “Before this, we used cheap little lockers that we rigged up ourselves, which certainly didn’t help us. With the tracking and the security the system has allowed us, following best practices have become a non-issue. So often departments will have to go through this process and reevaluate their buildings, their storage, the security of files. Spacesaver has done that for us, and it’s been a huge cost savings for us.”

Looking for a way that your police department can maximize space in all areas of your facility? Download our Public Safety Lookbook to take a look at the possibilities.